Amidst the crowd were mothers looking for their kids…

Some have lost them forever, while some are still looking for them…

Its understandable that paramedics/surgeons are busy trying to save those at the site, but there should be a trauma desk where parents should be allowed to list names of their missing children and also submit their photos…

Redirecting them to hospitals isn’t enough…

Also, parents shouldn’t be thrashed or barred from obtaining access to the area…

This woman was looking for her 15-yr old… She found him alive the next day, with minor injuries…

Ganga Ram, for the people of Modern Lahore, is just an old hospital in the city, a part of the tragic history which is associated with emergencies, accidents and treating victims of terrorist attacks. Sadly not many remember the genius who had the hospital built, which is just one of his many gifts to the city.

The gentleman, Sir Ganga Ram, was born in 1851 in Mangtanwala (small town in Nankana Sb District, 64 km from Lahore). He joined the Government College in Lahore on a scholarship in 1869, and obtained a scholarship to the Thompson Engineering College at Roorkee, India in 1871. He graduated in 1873 and was awarded with a gold medal.

The same year after his graduation, he was appointed to Lahore in the engineering department, where he served under Rai Bahadur Kanhaiya Lal, the Executive Engineer (an amazing historian also, whom we often refer to in our articles), and author of the distinguished “History of Lahore”.

In 1885, he was appointed as an Assistant Engineer at Lahore, where he supervised the construction of the new High Court Building and the beautiful Lahore Cathedral. This marked the era of beautiful Colonial styled buildings on the Mall Road in Lahore. He occasionally officiated as Executive Engineer, and four years later became Special Engineer for the design and construction of Aitchison College, where he worked in conjunction with Bhai Ram Singh (this duo produced some of the greatest buildings in Lahore, and Bhai Ram Singh deserves more attention. More on him in the coming weeks!).


With the completion of Aitchison College, Ganga Ram was promoted to the post of Executive Engineer of the Lahore Division, occupying the chair he had once sat in as a student, but which he could now occupy in his own right. He held this position for the next twelve years, during which time he constructed the Lahore Museum, the Mayo School of Arts (now National College of Arts), the General Post Office (GPO), the Albert Victor Wing of Mayo Hospital, and the Government College Chemical Laboratory.

The City of Lahore substantially owes its metalled streets, its paved lanes and its properly laid drains to Ganga Ram’s unstinting efforts. In 1900, Ganga Ram was selected by Lord Curzon to act as Superintendent of Works in the Imperial Durbar to be held in Delhi in connection with the accession of King Edward VII.

In 1917, he applied for 23,000 acres of barren, un-irrigated land in Montgomery District (Sahiwal) near Bari Doab Canal. The land was situated on higher ground and he could only water it by the lift irrigation system. He was successful in his endeavours, and his arid acres soon turned into tracts of rich soil. He was then leased another 40,000 acres of higher ground land for a period of seven years, which he was able to irrigate successfully once again. He constructed a hydro-electric station on the Bari Doab Canal, and was able to complete his project within the time limit given to him (For more on the station, click here). By 1925, he had constructed 75 miles of irrigation channels, 625 miles of water courses, 45 bridges, 565 miles of village roads, and 121 miles of boundary roads, all at his own cost – the list of his achievements is endless. Altogether 89,000 acres of waste land had been developed successfully by this miracle worker. This was the biggest private enterprise of the kind, unknown and un-thought-of in the country before. By now he was 70, and in 1922 he was recommended for a richly deserved knighthood by the then Governor of Punjab, Sir Edward Maclagan.

Sir Ganga Ram’s services to education included the establishment of the Lady Maclagan School for Girls and Punjab’s first college of commerce, Hailey College, was made possible by a donation of his residential building “Nabha House” opposite the University Grounds for exclusive use to establish a College of Commerce.

However, the most impressive charitable act of all performed by him was the construction of the Sir Ganga Ram Free Hospital. In 1921, he purchased a piece of land at the junction of Queen’s Road and Lawrence Road to construct a hospital building at a cost of Rupees 131,500 which was open to the needy, irrespective of caste or creed. In 1923 the hospital was taken over by the Ganga Ram Trust Society, and today it ranks second only to Mayo Hospital in its services to the people of Punjab.

A statue of Sir Ganga Ram once stood on Mall Road outside Lahore Museum. Saadat Hasan Manto, a famous Urdu short-story (Afsana) writer, relates a shameful incident that occurred during the frenzy of religious riots of 1947 when an inflamed mob in Lahore, attacked the statue of Sir Ganga Ram. They first pelted the statue with stones; then smothered its face with coal tar. Then a man made a garland of old shoes and climbed up to put it round the neck of the statue. He was shot by the police and as he fell to the ground, ironically the mob shouted: “Let us rush him to Ganga Ram Hospital.”

In 1927, Sir Ganga Ram travelled to London where he suffered a heart attack and passed away at his residence in London. The cremation ceremony took place at the Golders Green Crematorium, and was attended by dignitaries befitting a man of his stature. His ashes were brought back to India by his son, and the main portion of these were scattered in the waters of the Ganges, where about ten thousand people attended the ceremony. The remaining ashes were then taken to Lahore, and the urn containing his ashes was bedecked with roses and jasmine blossoms. It was carried on the back of a magnificently caparisoned Kotul horse from his house to the Town Hall and then to his samadhi near Taxali Gate. The crowds chanted ‘Gharibon key wali ki jai’ (Long Live the Friend of the Poor) as the procession wended its way towards the old city. After his death and right up to 1947, on Baisakhi Day a great fair used to be held in honour of him.

His samadhi (building which houses funerary urns) is located on Ravi Road, in the locality of Karim Park. It is an imposing structure built in 1927 in the style of a Mughal baradari and is topped by a raised bulbous dome. On the inside, it is a rather simple structure owing to renovation work following the damage done to the building during the riots of 1992, after the demolition of Babri Mosque in India. Currently, it is quickly being encroached upon and is in dire need of attention from the relevant authorities.

The Samadhi has been often vandalised and different flags and election posters dishonour the building. Marriages are held in its court and the interior of the samadhi houses drug addicts.

In our efforts to cleanse our history, we’ve forgotten the many Sikhs, Hindus, Christians and other non-Muslims who contributed to our land. Sir Ganga Ram was a great engineer and a great philanthropist and no doubt a great human being. He devoted his life to the service of the common man. Sir Ganga Ram is also known as “Father of Modern Lahore”, but unfortunately like many others we have forgotten this great man, the son of our soil. He was truly a legend. In the words of Sir Malcolm Hailey, the once Governor of Punjab, “he won like a hero and gave like a Saint”. What he did for Lahore can never be forgotten.

A few months before the scheduled release of Shah on 14th August, 2015, I received a call from Farhan Ali, an old musician friend and an amazing bassist. He was also moonlighting as Shah’s production manager and wanted me to shoot production stills and BTS (behind the scenes) for the movie. Having shot a historic boxing ground (Kakri Ground) in Lyari in 2014, and photographing for a story for Esquire (Link to story) this year on Mixed Martial Arts, I was very interested. In the sport, and the movie.

I had already seen the promising trailer of Shah and had a good idea about the movie. I have to admit that I wasn’t too excited about shooting during Ramazan, since I would have to be there, every day, from 4pm to sehri. But seeing the entire Shah crew working endlessly 24/7 changed my mind. Adnan as producer, director, writer and lead actor was phenomenal! His team would shoot into the morning, sleep on the sets, and then start again.

As the video crew shot the film, I sneaked in behind and along their cameras for their stills. I’d study their monitors to get an idea of their targeted shooting areas to avoid spoiling the filming.

Despite being among the team for a very short time, it was amazing to be a part of such an amazing and meaningful project. I have to say that the team worked really hard and hope the audience likes what they see! No disrespect to other film makers, but for me, such movies are the true revival of Pakistani cinema!!

Shah is a biopic of Olympian boxer Hussain Shah, who hailed from Lyari, Karachi and was the only Pakistani to win a medal at 1988 Summer Olympics in Seoul, South Korea. Earlier, he won Asian boxing championship for five consecutive years. He was credited as the best Asian boxer in 80s. The government of Pakistan awarded him Sitara-i-Imtiaz medal in 1989 and announced reward of rupees 20,000 before on his retirement. On his protest, he was assured to be allotted two 60 yards plots, but only on papers. The Olympic winner Hussain Shah suffered financial crisis until he was called by authorities in Japan to train their boxers. 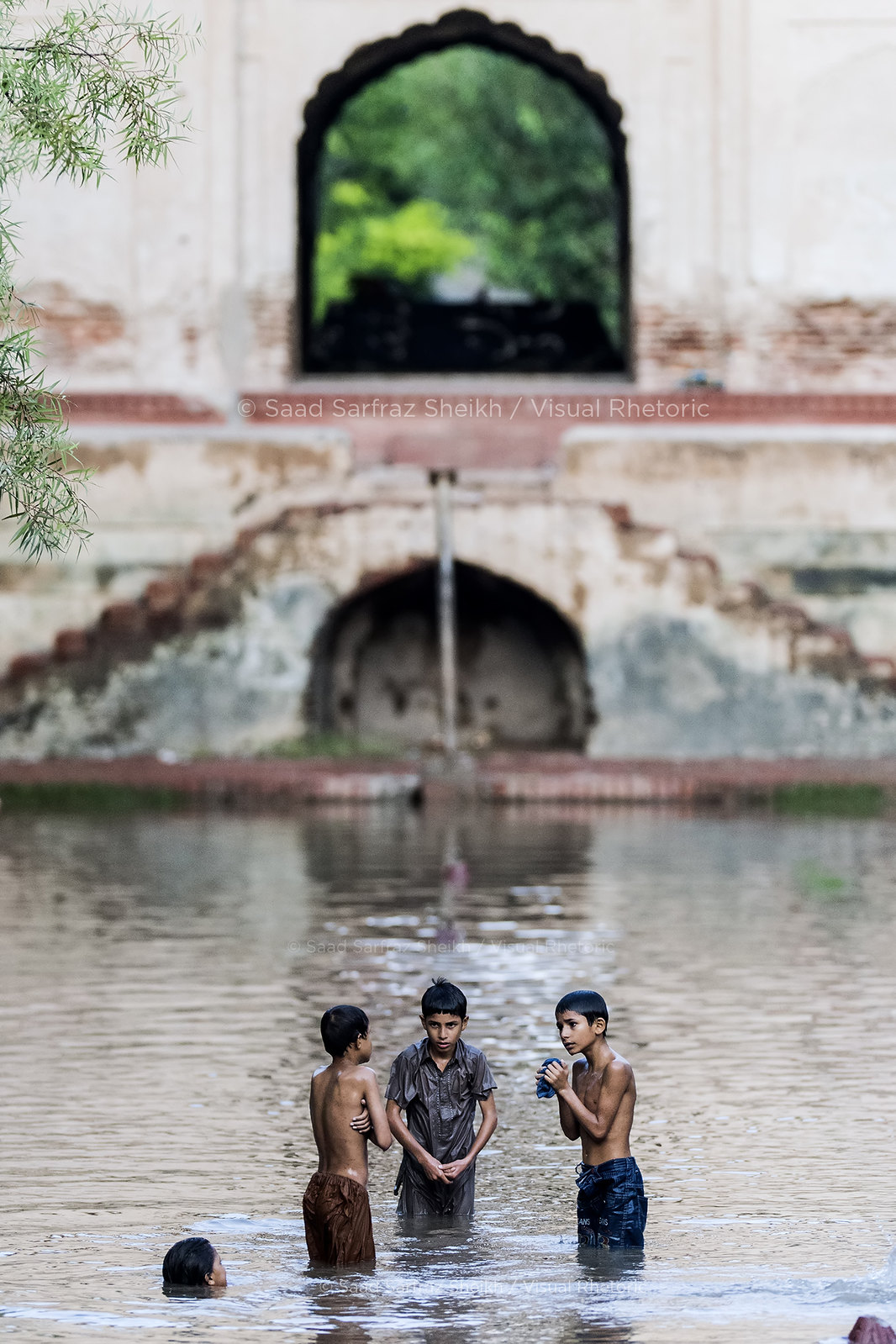 But the invading East India Company saw the boundary walls of the tomb as a great source of construction material… they stripped the walls of its bricks and used it to build the Saddar Cantonment in Lahore… Ironically, this tomb is now also a part of the same cantonment and lies on ‘ Infantry Road ‘ 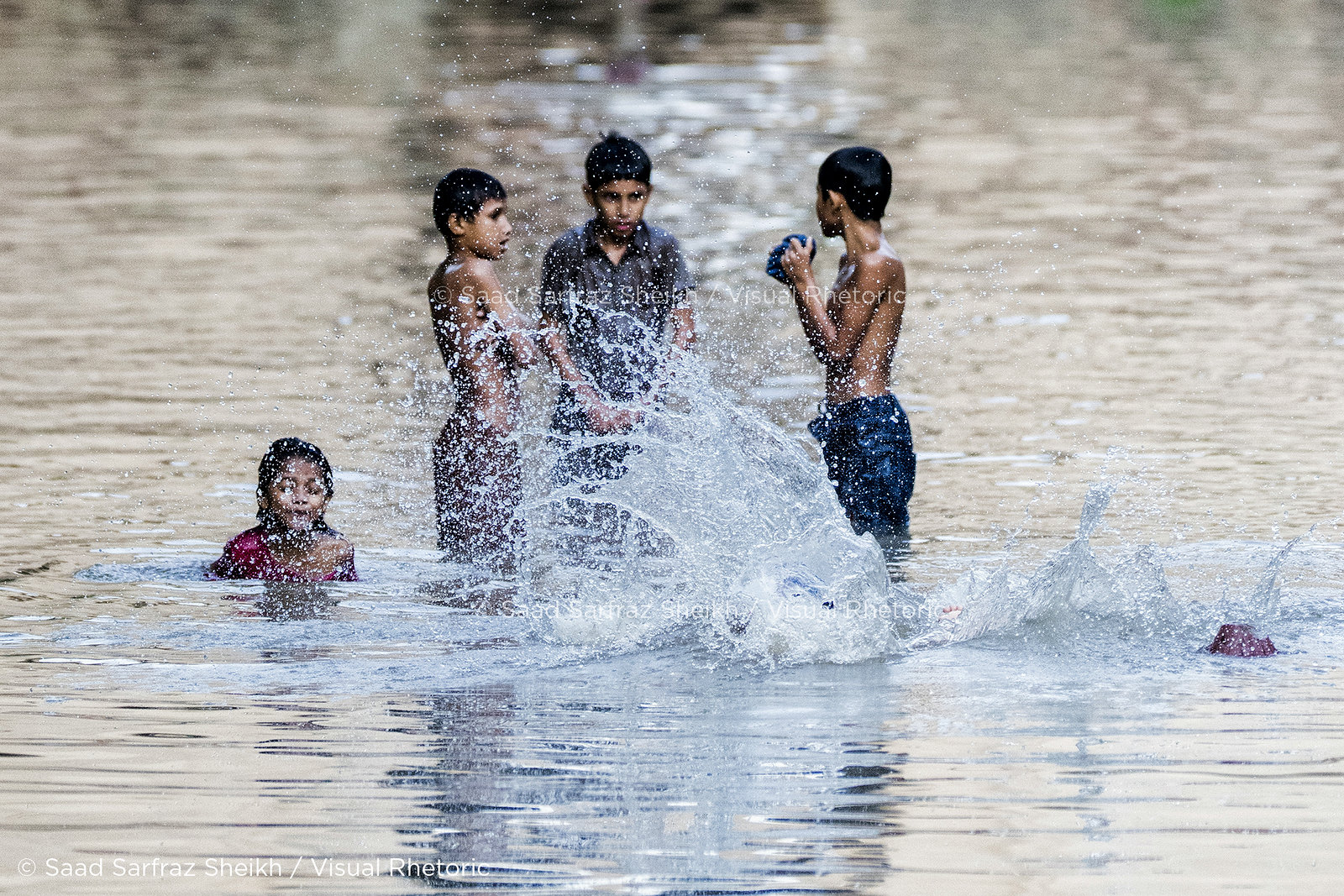 Emperor Aurangzeb, in the bloody race for the throne, slaughtered his brothers and poisoned their children… Many were rendered fatherless, childless and motherless…

With endless rains, waters have surrounded her tomb and amid the floods, her tomb floats again…