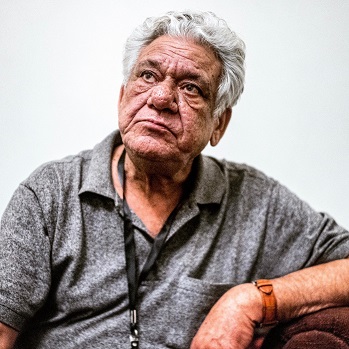 When the world disposed their 2016 calendars, everyone looked towards a hopeful 2017, free of celebrity deaths and airline tragedies. But for the angel of death, the digits of a year certainly do not matter. The second day of the new year took away critic and artist John Berger, and the 6th, our beloved Om Puri.

With a career than spanned 4 decades, Om Puri acted in films large and small with amazing honesty and mastery.

We met last year in December during a shoot for Forbes LifeStyle in a cold and damp room at the Al Hamra in Lahore. Puri’s warmth melted me and my friend Sonya, as he narrated his inspirational journey.

He was no Amitabh Bachan. He clearly did not have the face, nor could he dance like the stars of the 70s and 80s. I’m sure this would have made things difficult for him. But in a world of sexy Kapoors and Kumars, Puri’s acting and struggle, were both intense and beautiful. And we shall remember him for that…Always…